(2) Required due diligence. Before receiving public unit or nonmember shares that, taken together with any borrowings, exceed 70 percent of paid-in and unimpaired capital and surplus, the board of directors must adopt a specific written plan concerning the intended use of these funds that is consistent with prudent risk management principles.

Regulation §701.32, in its entirety, can be read through the following link here.

Complete and sign the Certificate Regarding Credit Union's Acceptance of Deposits from Primary Financial Co LLC and email a copy to SimpliCD-Trading@epfc.com or your corporate.

Work with our trading desk to develop the terms of issuance.

Make your offerings available to a nationwide market of investors the same day.

We're here to assist you any way possible. 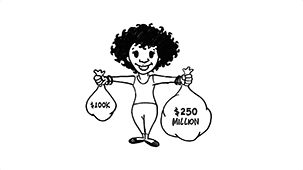